The firm wanted to construct a wood-frame building with five floors of residential units and four floors of parking, but due to the height restrictions placed on the wood, they knew they would have to put two of those parking floors underground — an expensive and disappointing compromise.

Thankfully, the developer involved Ellisdale early enough in the process that Ash’s team was able to come up with a solution that not only resulted in a more appealing structure overall, but also saved millions of dollars.

Ellisdale proposed using light gauge metal framing instead of wood. Since metal is not subjected to the same height restrictions as wood, the developer was able to put all four floors of parking above ground and have the same number of residential units, ultimately saving $5M. 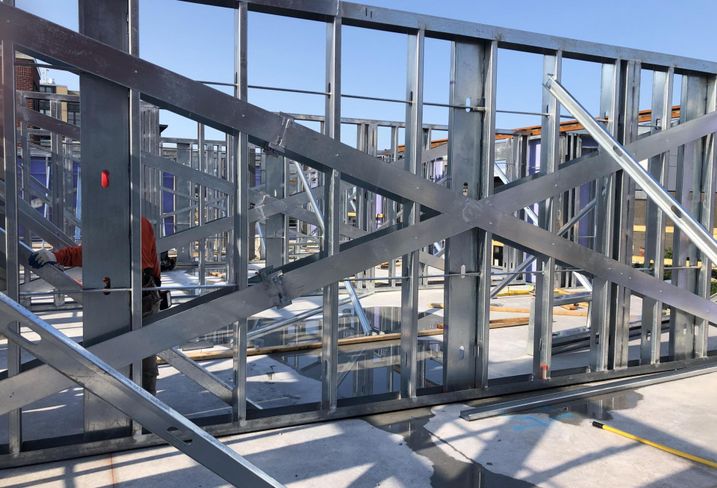 Ash wants developers to understand that these are the types of cost-saving measures they can utilize if they partner early on with a construction team that is willing to embrace alternative materials and processes.

“We want developers and architects to realize that there are ways to organize the construction of a building that are less expensive at their core and would allow them to build taller and faster,” Ash said. “Out-of-the-box thinking when it comes to both construction materials and the building process are the keys to saving money without sacrificing height or quality.” 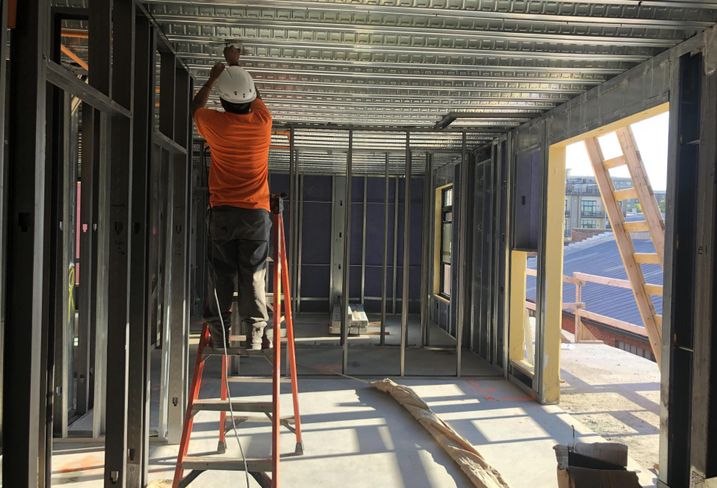 Ash said the process needs to start at the inception of a project, long before the foundation has been laid. Ellisdale looks for cost-saving measures that can be implemented into the structure of the building, not in the finishes, so developers save money without having to sacrifice on the details that are most important to buyers and renters.

Ash explained that many other general contractors simply do not understand how to work with light gauge metal and assume that wood and concrete are the only options. Ellisdale shows developers that is not the case.

In another example, a client came to Ellisdale with plans to build a 12-story building out of concrete. Ash said his team helped them retool their designs to create the same building out of light gauge metal, and was able to reduce the cost of the project by $6M.

Unlike traditional cast-in-place concrete construction models, light gauge metal frames can be prefabricated off-site in a factory and easily assembled on-site. This process is not only faster than the traditional building process, but it also saves on labor costs.

The key to the success of these projects, Ash said, was that developers turned to Ellisdale for help before the design was completed so all of the cost-saving measures could be implemented where they would make the least impact on the finish quality of the homes and common spaces.

“Cheaper cabinets, cheaper flooring — these are the only things left to save money on once a structure is complete, which can lead to a reduction in revenue for the developer,” Ash said. “We can save developers money on what is behind the wall, where tenants and owners will never see the difference. This way, they can reduce the cost of construction without having to lower unit prices or rents.”

The most important thing Ash wants developers to understand is that there are unique, cost-saving ways to approach the construction of a building, but they need to be implemented as early as possible in order to be effective. 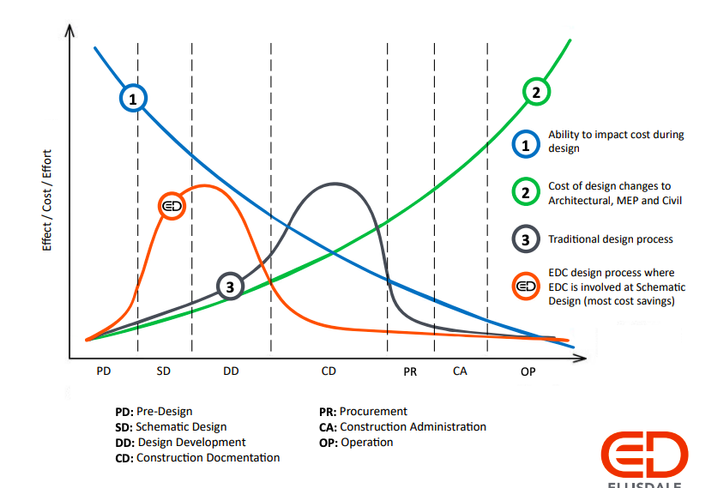 “If there’s a project that is already three-quarters of the way designed, we can’t introduce measures that will make much of a difference,” Ash said. “But if developers bring us in from the beginning, we can use our collaborative design-build approach to think outside of the box and come up with ways to help them save the largest amount of money.”